Professor Davide Brunelli from the University of Trento visited Haaga-Helia’s Pasila campus at the end of September as a part of IoT Rapid-Proto Labs project. The project is funded by the EU and it’s based on the Internet of Things (IoT). The idea is that the students will develop and test new kind of IoT solutions for small and medium-sized companies and startup companies.

During his four-day visit Brunelli gave lectures and workshops and attended courses related to the IoT Rapid-Proto Labs project.

Energy harvesting helps to maintain the power of the devices

The battery life of devices is one of the most important factors when considering the features of the IoT applications now and in the future.

Nobody wants to charge the devices every day, says Brunelli.

Professor Brunelli is specialized in energy harvesting in aware embedded systems design. The system can, for example, convert human motion into energy or recover the waste heat in the industry.  The energy can also be harvested from vibration, light or pressure. In these cases, the object or device directly uses the energy that is obtained.

People are particularly interested in the applications that are useful in their daily lives. Many people are familiar with devices that are measuring heart rate and sleep quality or for example remote-read electricity meters or sensors that are measuring the fill-levels in the household waste bins.

What is the future of IoT?

According to Brunelli it’s difficult to predict the future of IoT. He compares the situation to the early days of the Internet. Many of the predictions that were made of the Internet at that time have gone wrong. The stores didn’t disappear from the streetscape even though it was feared. And who would have guessed how many social media applications there would be on the market?

Brunelli stirs people to think about the things that already could be done with IoT today, if there was enough money to put the ideas into action. On the other hand, what cannot be done? What could be possible in ten years from now?

The amount of data in the world is constantly increasing. At its best, sustainable and ethical business that is based on rational use of data and technology, is developed. At its worst, unutilized data is merely waste and IoT devices remain unused.

Could the Internet of Things be useful, for example, in the prevention of climate change? According to Brunelli it could be useful. IoT gives us a quick access to information worldwide, not just locally.

IoT is a great tool, but we just have to decide what to do with it, says Brunelli. 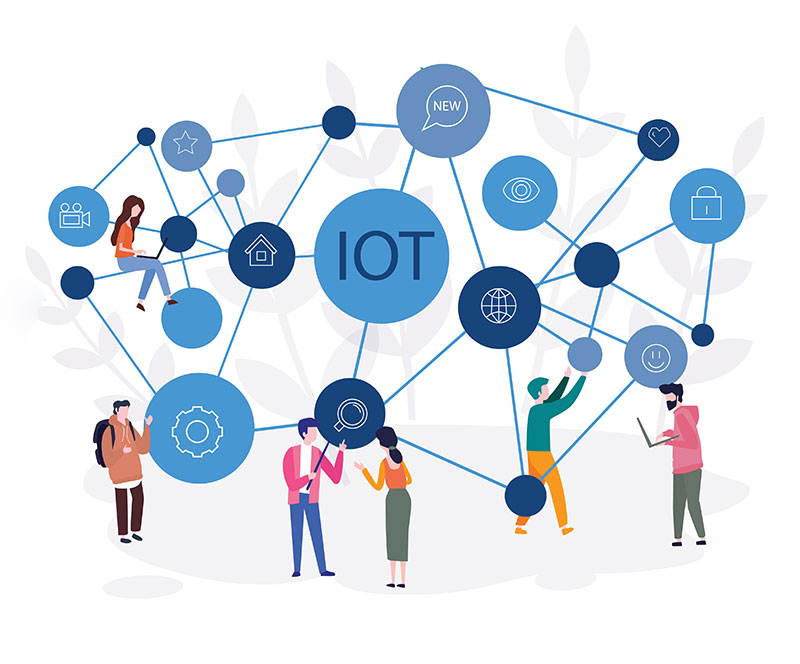 The University of Trento is one of the partners of IoT Rapid-Proto Labs. There are 7 partners from three countries that are Finland, Italy and the Netherlands. The project started in 2018.

IoT Rapid-Proto Labs has been a positive experience for Brunelli. He believes in networking. In the future, the professor would be open for even more extensive cooperation between educational institutions: in the ideal situation there could be partners from all over the Europe.

IoT Rapid-Proto Labs is a higher education network combining ICT, Industrial Design and Industrial Engineering. Cross-border student teams from Finland, the Netherlands and Italy contribute to real-life IoT business cases with the support of their teacher-coaches.